Today is a public holiday, also known as International Workers’ Day, and we considered taking another trip for the long weekend since we have 4 days off because we took vacation for Friday too.

We had a lot of work to do these last few days and weeks, additionally to the recent traveling to San Francisco, the jetlag and the family visit for Easter, so we kept postponing the decision where to go this weekend.

I hate to waste such a nice long weekend by “only” staying home but on the other side I feel so tired and I just feel like I desperately need a break. So obviously I was sad and happy that the long weekend came and we haven’t booked any trips but instead decided to spend a few relaxing days at home with the possibility to spontaneously organize some daily trips.

I finally managed to get to the gym yesterday. If you saw my workout plan for this week then you probably noticed that I planned to go already on Tuesday and I really wanted to as well, I even took my sports bag with me, but a lot of work kept me in the office till late in the evening and I was too tired so I just came home afterwards.

I almost made up an excuse yesterday after work not to go to the gym, even though I finished earlier. I simply wasn’t in the mood, especially to train alone in the weight room, but then I checked the class schedule and spontaneously decided to catch the Total Body Style. It was extremely difficult because it was so hot outside and in the classroom but also because I haven’t worked out for the past 5 weeks. I have to build up my strength and endurance all over again. *sigh*

Nevertheless I managed to keep going for the entire hour and felt pretty good afterwards, except for the sore muscles of course.

I came home in the evening and finished season 3 of Defenses (great tv show btw!). I actually wanted to watch only a couple of episodes but it kept ending with cliffhangers so I eventually stayed up till 2 am and finished the whole season. Oops! 🙂

So back to today, it’s a public holiday so I woke up at noon and made a quick small breakfast with coffee and banana pancakes (1 banana, 1 egg, milk blended and fried like a pancake). I planned to go running today but the weather didn’t seem so stable (I ended up soaking wet in the rain during my last run) and I didn’t have so much time to go to the gym because we made plans with friends at 14 o’clock.

I wanted to try Xbox Fitness on Xbox One since the new console came out, which is a platform for virtual workouts with all the cool trainers using the Kinect to track and correct the movements. I tried Tracy Anderson’s Transform 1 workout but stopped it after 10 minutes because I don’t have a real thick aerobic mat and a lot of the exercises are on the mat and my knees were hurting. I picked Ripped in 30 with Jillian Michaels next and did the entire workout, although I confess that I struggled a bit. It is really hard! Needless to say that everything hurts now and I can barely walk or sit down. 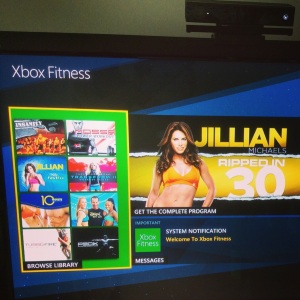 We met with our friends in the afternoon and took several walks in the city (7000 steps according to my FitBit, woohoo!) and had a lunch break at a steakhouse. I did the math afterwards using MyFitnessPal and I was shocked to see that my lunch was 1000 calories. Ouch! 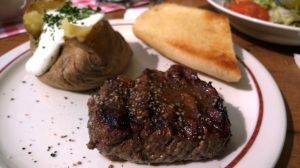 We also had coffee and cake later, which also came close to 500 calories. Double ouch! 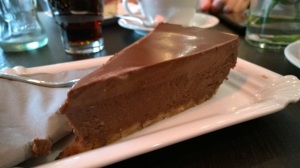 Anyhow, calories aside, I enjoyed the food and the company so that is what counts the most, right? 😉

We considered going to the cinema afterwards but there weren’t any good movies running that we haven’t already seen so after another nice walk we just came back home.

I thought to perhaps study now for my upcoming exam or watch some programming courses online but I am pretty tired, even though I slept so much and woke up at noon. I am thinking to watch an episode or two of Defenses season 4 but I am kinda worried that I will get hooked again and stay up till midnight.

Tonight is my evening off but I will definitely use the next three days at home to study, work out (perhaps a shopping spree after the gym since I desperately need new clothes?) and probably do a day trip on one of the days when the weather is nice.